For those with little to no context about the Marcos family, or for those willing to swallow the red pill and face the atrocities of the Marcoses head on, please spare an hour and two-thirds to watch The Kingmaker (2019 film) on YouTube (for Philippine viewers) or Amazon Prime Video.

I remember a distinct hot afternoon in my Grade 6 classroom in elementary school. Araling Panlipunan (Social Studies; AP) was not my favorite subject; I was a notorious class sleeper. But a specific chapter of Philippine history never failed to captivate me: the years of Philippine history spanning 1965 to 1986. The presidency and dictatorship of Ferdinand E. Marcos.

My AP teacher was rather strict. He would give us difficult exams that focus on our memorization of the topics. At the time, I had a rather cold opinion of him. I’d later grow up and realize that he was perhaps the most important teacher I ever had. His manner of teaching was always to the point and demonstrative — he would readily provide examples of whatever he was discussing, or tell stories about it.

He and his family was a direct victim of the various human rights violations during the Marcos reign. When the time of the year comes when the Marcos martial law period were to be discussed, our classes would spend a lot of time on personal experience stories and testimonies. Here, I spent a lot of time listening to the atrocities of the Marcos dictatorship. Having access to a decent (albeit slow) internet connection during my younger years, his stories were corroborated by numerous documented incidences of human rights violations during the Marcos dictatorship. At home, I would watch documentaries of Benigno Aquino Jr.’s assassination and the People Power Revolution. Until now, I can still find these sources as easy as I can find my post office’s phone number online (that is to say, extremely easy).

Of all his stories, what stood out to me were the torture methods. He would graphically describe to us (mostly 10 and 11 year-olds) the San Juanico Bridge, aptly named after a Marcos project, which involved forcing a person to stay straight above two separate chairs, cots, or other surface, supported only by their feet and the tip of their heads. If the person’s body failed to stay straight, they would be beaten up. These aren’t isolated incidents that occurred only to people my teacher knew, but it was a method used nationwide against other Marcos critics.

I believe that without the guidance of my AP teacher, I would have never been highly against Marcos. For that, I am forever indebted to him. I’m lucky enough to know of the atrocities done by the Marcoses, and lucky enough to have the privilege to speak about them. If I were alive in 1985, I would have surely been killed, along with other political dissenters. Until now, the stories and experiences of thousands of Filipinos worldwide about Marcos continue to be shared, and of course, I continue to listen. I even listened some stories of my grandparents, who lived in fear during the Marcos regime. For a lot of the Filipino electorate however, this is not the case.

It is no theory that the Philippine government contains corrupt officials; it is fact. With the introduction of Rodrigo Duterte to the presidential office in 2016, this has never been more true, or at least since the presidency of Gloria Macapagal Arroyo, Joseph Estrada, or perhaps Ferdinand Marcos himself. Thousands of documented extrajudicial killings and human rights violations, abuses of our justice system leading to the unjust arrest of members of the opposition as political prisoners, and the continuous discovery of billions of pesos worth in illegal drugs as the president fails his promise to eradicate them. This is only a small portion of what makes the corruption evident. Duterte has funneled a copious amount of money into troll farms, feeding mass disinformation to the public. It is no mystery why the public do not know of the administration’s atrocities: they are blinded by the darkness.

Of course, Duterte is not the only one who took advantage of the Filipino susceptibility to disinformation. For the 2022 elections, the son of Ferdinand Marcos is gunning for a seat as the country’s president. And, indeed, the apple does not fall far from the tree.

A person claiming to be a Marcos Jr. troll called Magic 89.9 (DWTM-FM) and confessed to participating in spreading propaganda to better the Marcos name just yesterday; the recording of which has gone viral online. Rappler has done a wonderful Twitter thread telling the story of Marcos Jr. supporters. Their testimonies are, of course, disheartening. It seems that Marcos Jr.’s whitewashing campaign was a success, much to the dismay of much of the Filipino people who still believe in the empirical evidence.

I woke up late in the evening yesterday only to be horrified by the quick-count results. Our hopes for a brighter future vanished as Marcos held the top spot as president. The next candidate lagged by over 10 million votes behind. A major blow to the morale of the educated, and to mine as well. Considering now the cases of vote buying, electoral fraud, falsified ballots, and destroyed ballots, I know that the COMELEC will do absolutely nothing in their power to address the documented and recorded instances of clear election violations. Why should I, when its officials are no more than Duterte followers. But perhaps the worst of it all: we had elected the son of a former dictator, convicted tax evader, liar, and butt-hurt spoiled child in office. As Vicky Morales put it in the GMA election special coverage:

I had thought about this outcome for a while now, and I’ve aired my concerns once on my Twitter account. Being extremely anti-Marcos and participating in preventing the ongoing historical revisionism done by Marcos supporters on Wikipedia has made me fear for my future. Perhaps in this new presidency, I may be charged for my Wikipedia edits. Like the people in my AP teacher’s stories, I could be tortured and killed by police or Marcos–Duterte bodyguards. Or perhaps, much like Primitivo Mijares who I had wrote about on Wikipedia, forcefully made to disappear. But perhaps my biggest fear of all is what’s next for the Filipino people.

Six years is a long time. Long enough to push us into deeper debt from the economic crises sustained during the Duterte presidency. Long enough to accumulate countless innocent children killed under the pretense of drug control. Long enough to whitewash the history of the Marcoses across the nation. But for some reason, not long enough to release Leila de Lima, a political prisoner. No one knows what is in store for us; Marcos Jr. never even mentioned a platform to begin with other than hollow promises. We could be brought further into debt. Scores of Filipino families can be brought further into poverty. The Philippines could become a completely authoritarian state. At this point, we can only speculate, but I worry for the fate of the Filipino people.

But the fight does not end here. We’ll take this injustice to the Filipino people to the streets. We’ll fight to preserve the proven and factual truth — not the fodder that the Marcoses feed the unsuspecting masses. We’ve done it once, and we’ll do it again. Never again should a Marcos be in charge of the country. Never again should we allow thieves to set foot in the Malacañang Palace. This is our country. We won’t let them steal it from us too.

I am ready to fight for our people, our culture, and our history. If not on the streets, on the digital battleground — the heart of the disinformation campaigns that attempt to cleanse the Marcos name of their crimes. The battle has only just begun. Papunta palang tayo sa exciting part. 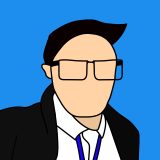